What international document regulations should you know about? 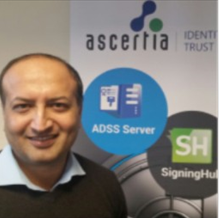 60+ countries have standards and legal frameworks for e-signatures and digital transactions. This list grows each year, which makes it challenging for international organisations to deliver compliant business processes.

To help, below is an A to Z summary of the most common international e-signature laws so the next time you extend your technology into a new region, you can be certain you are complying with local directives.

We start with our only A on the list. Ratified in 2001, Digital Signature Law 25.506 is similar to what EU member states comply with. Digital signatures have the same status as handwritten signatures and basic e-signatures are also recognised and enforceable.

What key point should we bear in mind? Digital signatures are effective in fulfilling hand-written signature requirements for local regulations, but not for public deed requirements.

Canada has the Personal Information Protection and Electronic Documents Act (PIPEDA). This regulates the use of consumer data to ensure privacy and maintain security.

There is a legal foundation for the use of e-signatures in Canadian commerce - they have the same status as handwritten signatures, however their legal validity can also be governed by provincial or federal law.

Active in Canada? Ensure regional requirements are met for any documentation being signed.

Law No. 19.799 is different from most other regulations on this list as Chile doesn’t necessarily require contracts to feature a written signature. If legally competent parties reach an agreement verbally, on a written document or electronically, the agreement is generally regarded as valid.

What’s the origin of the law? It emerged in 2002 to make electronic signature laws consistent in eCommerce.

The Law of Digital Signatures, Certificates and Electronic Documents gives e-signatures legal recognition. The e-signature is registered once the certifier sends the digital certificate.

What is the regulatory body called? The Directorate of Digital Signature Certifying, under the auspices of the Ministry of Science and Technology.

Since becoming law in July 2016, eIDAS has provided a consistent legal framework and single market for the recognition of electronic signatures and identities across all EU member states.

Need more detail? Article 25 maintains the fundamental legal rule that all e-signatures and verification services shall be admissible as evidence.

We travel to Asia now. Hong Kong’s Electronic Transactions Ordinance (updated in 2004) provides e-signatures with the same legal status as handwritten signatures. It also includes a voluntary recognition scheme for certification authorities – this is designed to strengthen public confidence.

What is the basis for the law? It was introduced to encourage Hong Kong’s eCommerce sector. Governmental transactions have different requirements.

India’s Information Technology Act now. Passed in 2000 and based on the United Nations Model Law on Electronic Commerce 1996 (UNCITRAL), in India a written signature isn’t always required to create a valid contract. Indian law does however recognise the enforceability of e-signatures.

Next steps? Using digital signatures in India requires additional technical and legal requirements, so make sure you explore what those are specifically for your business.

What does it cover? Under Article 19, a signature is deemed a protected electronic signature if it meets certain conditions. This is a long list. More information is here.

The Digital Signature Act is regulated by the Electronic Commerce Act 2006 and a written signature in Malaysia is not always required to create a valid contract.

Does the Digital Signature Act have a purpose then? Malaysian law recognises the enforceability of e-signatures, so it’s better being safe than sorry.

Mexico is regulated by many different laws and by numerous legal organisations depending on where the document is signed:

Which organisation should I speak to? Your next step should be to secure the services of a local partner.

The e-Transactions and e-Commerce Law is modelled on UN and EU laws and was enacted in 2010. It does not apply to any documents relating to family and personal status.

Are there similarities to Kuwait’s regulation? Yes, in Qatar a valid e-signature must meet an extensive list of criteria.

Saudi Arabia’s Electronic Transactions Law states that e-signatures are the legal equivalent of written signatures, however their effectiveness is entirely dependent on the integrity of the certification authority.

Does this increase the number of legal proceedings? Under Saudi Arabian law a written signature is not always required to create a contract; therefore you may be called upon in court to demonstrate proof.

Serbia enacted its Electronic Signature Law allowing legal use in 2009. In principle, this means that the validity of an electronic document may not be challenged simply because it is electronic.

How unique is Serbian law? Certificates can only be issued to persons with Serbian personal identification numbers. Non-resident directors who want to obtain qualified electronic signature certificates must first secure temporary residency in the country.

Will ink based signatures be phased out? Not just yet, however a Qualified Electronic Signature automatically has the legal equivalent of a handwritten signature.

South Africa’s e-signature regulations have been covered in depth by us before. Essentially two types of e-signatures apply:

A history lesson now… Switzerland was one of the first European countries to recognise e-signatures.

What’s its law called? The Federal Law on Electronic Signatures.

The UAE’s Electronic Commerce Law specifies that any e-signature has legal force if it meets certain requirements, however their use must be reasonable. This is generally based on the transaction’s type, value and importance.

Are there any exceptions? Yes, e-signatures cannot be used legally on documents that include transactions and issues relating to personal law such as marriage, divorce and wills.

ESIGN was adopted by the US Federal Government in 2000. As well as ESIGN, every state has its own e-signature law. The majority are based on UETA and allow the use of e-signatures for a wide range of agreements and contracts. Prior consent by all parties is customary.

Any more important reading materials? This summary and explanation are vital for any business operating in the United States.

The key takeaway with any international regulation is to ensure you know the difference between the two types and which regulations apply to documentation or contractual agreements, whether that be close to home or across the world.